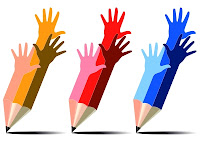 I couldn’t stand it anymore. It was as if the story was bursting out of me and I had to write what was in my head. Both times the attempt took place on paper in longhand. It was long before computers were a commonplace item in every household, as they are now. (that ages me) I saved these papers and still have them today. They’re awful. But, the stories that were raging inside of me were essentially outlined in those hastily written scribbles—the basic plot anyway. And those stories are still, in essence, the same today.

My first attempt was only one page. My children were very young and the demands of motherhood were calling, interrupting the creative process. Hence, I put it away, laughing at myself for even thinking about writing. I haven’t written this particular story yet, but it’s next on the agenda. The next attempt was about three years later. This time I wrote about ten pages, and again, there were more important demands on my time and I put it away. This particular story is now written. It was my first novel and when I finally let people read it, I was the most surprised of anyone when they actually liked it.