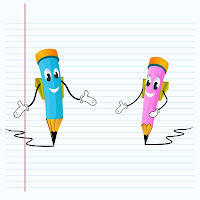 The year was 2006 and my third daughter had just graduated from high school. My oldest two daughters had already left the nest. My youngest son was busy with work, track, and school. I was faced with a dilemma. After years of feeling overwhelmingly busy, my life was suddenly leaving me. My children were moving on with their lives, in the natural order of things, of course. But where did that leave me? Quite without a purpose—or so it felt. (I’ve since come to learn that our children still need us after they leave the nest, sometimes even more so than when they lived at home). At any rate, college expenses were stacking up and I began to wonder what I could do to help contribute to the family finances. I had always considered writing children’s books. I had a few of those floating around my mind too, (and have since written them). I was used to being home and the idea of being able to work from home greatly appealed. But then I thought about the hastily written ten-page document sitting in my files. That story was still in my head. Could I write it down? I wasn’t sure. But, I thought, why not give it a try? To be honest, at this point the idea of actually trying to be published didn’t enter my head. I just wanted to write my story.

As it turns out, writing down the stories in my head proves to be therapeutic. Once I write them, it’s as if I am expunged of the adventure and my mind can’t think about it any longer. Seriously. Once they’re written, I’m done thinking about them.