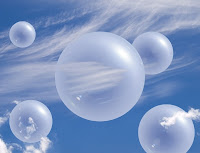 Now, I hate to burst this bubble of happiness, but what I quickly learned was that just because you have an agent doesn’t mean that your book will automatically sell. Foolishly, I assumed that having an agent meant immediate success.

However, I will say that it is fabulous to have an advocate, someone who LOVES your novel, someone who is out there fighting for you. It was truly a fantastic feeling. It was thrilling to see the query letter THE AGENT sent out to publishing houses, raving about my novel. It made me understand why agents say they must love a novel to represent it.

At any rate, someone had finally taken notice of my hard work and it was an entirely exhilarating feeling.

Little did I know that it was only the beginning of hard work.

I busily set off on writing the sequel to Lancaster House, entitled The Middle Aisle. I figure if Lancaster House is about to sell, then I better have a sequel ready, right?

Right. But the rejection letters still come. Only now they are not from literary agents, now they are from major publishing houses.

Email ThisBlogThis!Share to TwitterShare to FacebookShare to Pinterest
Labels: agents, my story