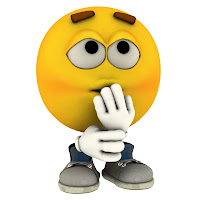 What happens next was by far, one of the most exciting days of my life. (I don’t get out much)

It’s early January. Christmas is over and life is moving forward into a new year. Everyone in my household knows THE AGENT’S name and they know said agent has expressed interest in my novel and that he might be calling. I am on my treadmill at the time and ignoring my phone. When the phone rings, my daughter sees the caller ID and starts yelling THE AGENT’S name. This got my attention. Boy, did it.

I am frozen with fear and petrified of actually talking to him. THE AGENT leaves a message and says that he’s very interested in speaking with me about my novel, Lancaster House.

It takes me an hour to pull myself together and call him back. And I’m pretty sure I didn’t utter one single intelligible sentence during our entire conversation. He tells me how much he loves Lancaster House and that he’d like to be my AGENT. I can hardly speak, but somehow I convey to him that I’d love for him to be my AGENT. A CONTRACT arrives in my e-mail shortly thereafter.

The opportunity to be published is now a distinct possibility.

And this in and of itself is exhilarating.

Email ThisBlogThis!Share to TwitterShare to FacebookShare to Pinterest
Labels: agents, contracts, my story