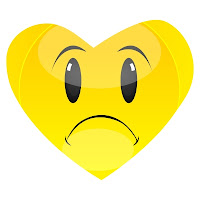 The quips used by rejection letter authors really tell us nothing, other than: we DON’T like your book.

They’re already rejecting us, we don’t really need to hear any discouraging comments, but, boy do they come. And they hurt. (These are actual lines from my rejection letters for Lancaster House)

I don’t see how I can sell it.
The character’s didn’t jump off the page enough for me.
Not strong enough.
The heroine’s voice wasn’t quite compelling enough to pull off this sort of narrative.
I didn’t connect enough to pursue it for our list.
It just didn’t stand out in a big way for me.
While I liked it perfectly fine, I just didn’t fall head over heels for the story.
Not a traditional enough romance.
The tone should have been much darker throughout.
The writing wasn’t as crisp as I’d hoped it would be.
The story lost its momentum and became very predictable.

And then, very personal to Lancaster House, one rejection letter actually said:
. . . the very idea that Zoe could successfully flip a house that was so unusual, and thus hard to resell—would require a lot of restructuring.

I think the above comment bothered me the most. Really? After reading the entire story, all you can think about is that she wouldn’t really be able to sell the house?

Rejection letters are not fun. And if a publishing house is going to publish your novel, they need to LOVE it and stand behind it. Besides, everyone is allowed to express their personal opinion. One thing I’ve learned, if you can’t take criticism, you shouldn’t be an author. Keep in mind, even if you write a successful book, there will be those that love it, and those that hate it. Prepare yourself.

You have to take the comments as constructive criticism. Think about the comments and ponder over your novel. Are they right? Do you need to make some changes and do some serious editing?

If you take this approach, you will survive. I promise.

Most importantly, DON’T GIVE UP.

Email ThisBlogThis!Share to TwitterShare to FacebookShare to Pinterest
Labels: my story, rejection