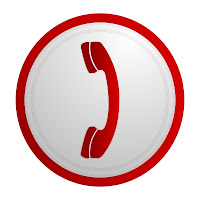 The phone call that ended it all.

That’s what happened next in my story.

Let’s backtrack. Again, I love Romance, like most women. But, do I want to read explicit details? NO! Do I want to write about where the man and woman are touching each other and what areas of their bodies are throbbing with desire?

Nope. I want to write about romance, not sex, and there is a HUGE difference. I think romance novels have a stigma because of this. When you say, I’m writing a romance novel, people assume you are writing smut. If you can capture the romance in a story and make someone’s heart beat a little faster, then you’ve succeeded. In my opinion, the feeling of falling in love is what most women want to read about. Obviously, not everyone feels the same. There is a huge market for erotica, but that’s not what I want to write. And I think we’re overlooking a huge portion of the population here.

I believe there is a huge market out there for ROMANCE. I think women are sometimes wary of romance, because they don’t want to read smut. On the other hand, I think sweet romance tends to be a little unrealistic. People kiss. People make love. I believe you can write about it without going into EXPLICIT details.

At any rate, this is where I ran into a problem.

THE AGENT called and said he loved the current book we were working on. But, he didn’t care for the ending. So, he asked me to remove the wedding night/honeymoon ending and have them make love earlier in the book.

I knew it was OVER at that moment. And I was right.

Now, I had asked THE AGENT early on if it was a problem that I didn’t want to write explicit details. THE AGENT said it was fine, that many romance authors write in varying degrees of explicitness.

I was so relieved. I mean, how was I going to be a romance author if I didn’t want to write about details? Sounds kind of absurd, right?

I chickened out over the phone and wrote THE AGENT an e-mail. I explained that not only did I not want to write about intimate details, but I also didn’t want to have my characters be intimate before marriage.

I’m not trying to get on a soap box or anything. To each his own. But, this is what I believe in, therefore, I have my characters follow this ideal. And I can’t go against it.

So there it was. Out in the open. I had foolishly assumed that it was obvious in my novels. I had assumed it wasn’t a problem.

THE AGENT called me the next day. THE AGENT was very nice and told me no one should have to write anything they weren’t comfortable writing about. THE AGENT was not mad, but, very polite and professional.

That being said, there was nothing more THE AGENT could do for me.

Email ThisBlogThis!Share to TwitterShare to FacebookShare to Pinterest
Labels: my story, romance, writing