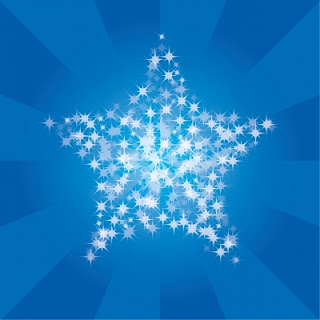 It just so happened that on the very day my post about reviews went up, I received ONE LITTLE STAR,  from one little blogger for one little book, Lancaster House.

I believe this further proves my point that not everyone will like every book!

Lancaster House and The Middle Aisle were included on a Top Ten of 2012 list at House of A La Mode.

This book sucked me in from the very first chapter. Once I got started I literally put it down one time to make dinner for my family. As soon as dinner was over I was back reading! I probably read it in 3 hours, maybe a little more.

I have never read a book quite like this one. I can't begin to describe to you how good it was. When Taylor contacted me and asked if I would be interested in reading and reviewing it here on my blog, the thing that intrigued me the most was the old house. I remember reading a Nora Roberts book a long time ago about a woman (I think) who bought an old house and was restoring it and I really loved that book. So, I was pretty sure that I was going to like this one. This one took me quite by surprise. I wasn't at all prepared for the depth of the paranormal aspect of this story. Just when I thought I had it figured out something else would happen to take the story that much deeper.

I don't want to give anything away since this story is so unique. This story is told from two points in time. Zoe is in the present, in a place she doesn't want to be, telling her story to someone else. The story flows really well from one to the other and when she was telling her story I felt like I was right there with her. I was having a hard time not being really angry about what was going on in the present. I was frustrated for her and I just wanted everything to work out.

Zoe is young and energetic and takes this huge house on without a single thought. She walks right in to a house that the Realtor doesn't even want to go into and she sees it in all it's former glory and just knows that it's meant to be hers. She moves in and gets to work without any hesitation. Then odd things start happening, but at first she just chalks it up to exhaustion and things maybe she is just imagining it. One night something happens that she just can't deny and her life changes. She meets a mysterious man who seems to have been watching over her since the moment she walked into Lancaster House.

Zoe spends all her time working on the house and getting to know her mystery man to the point that she isn't even leaving the house at all. She discovers things about him that leave her with more questions than answers and he isn't even telling her everything. She searches out answers by researching the house and it's history, but even this isn't enough.

As the story goes back and forth from past to present, as a reader I was left wondering if she really is crazy! I know one thing is certain, I loved Andre and their love story is so romantic and original. The whole thing is a little reminiscent of random episodes of some of my very favorite paranormal shows. It's a theme that has been played on a handful of them, but I have never read a story with this theme. It's really something else, I know that I keep saying it, but I just can't get it out of my head!

I was NOT happy when it ended, but there is a second book coming out this winter that will hopefully tie it all up nicely. I can't wait to see how Andre and Zoe's story ends. I wholeheartedly recommend this for anyone who likes paranormal books, you will not be disappointed at all. It's not just a good story, it's really well written and just overall a great read.

There are really no content concerns, I don't think there was any profanity. There are some kissing scenes and talk of being intimate, but no detailed love scenes in this one.

I am going to tell you one more time...click on one of those links up there and BUY this book. You will not be disappointed and if you are then I don't think we can be friends anymore! (Just kidding...kind of!!)


Conversely, the ONE LITTLE STAR book reviewer included Lancaster House on her DNF (did not finish) list of 2012!

I said I'd never received an UGLY review, but I do find this review UGLY:

I thought it was a ghost story, but it’s not at all scary. And the ghost isn’t a ghost…or is he? Half of the story was told in Zoe’s POV to the therapist and half was told in Zoe’s POV when she arrives in the house. I was completely bored by the scenes written with the therapist and bummed out that there wasn’t anything scary about the scenes in the house. I think the author tried too hard to make this novel work and it felt more like a spoof novel than the real thing. Since I knew around 50% that I wasn’t suppose to give it a 1 star review for the tour, I stopped reading. I wasn’t going to waste my time finishing it and not review it. - DNF


How's that for different opinions! It's hard to believe they're talking about the same book!

Clearly, she didn't like the book and that's okay. It really is. It's part of being an author and something I have to accept. Everyone is allowed to express their opinion.

Here's what I object to:

This book reviewer was given a free copy of Lancaster House as part of a blog tour. Since I'm paying for positive promotion of my novel, book reviewers agree to  NOT post a review if they can't give the book three stars or more. (this is the policy for this particular book tour company) This policy keeps reviews honest. If you don't like the book, then don't review it. It's as simple as that. I feel this book reviewer broke her agreement by posting this review on her blog and on Goodreads. Just because it's several months later does NOT make it okay.

Okay now I'm done. No more talking about bad reviews. I needed to get that off my chest and now I feel better!

Love to hear from readers! Tell me your opinion on this matter!

Image courtesy of [Rawich] / FreeDigitalPhotos.net
Posted by Taylor Dean at 7:00 AM

Email ThisBlogThis!Share to TwitterShare to FacebookShare to Pinterest
Labels: REVIEWS