BEHIND THE STORY OF LANCASTER HOUSE #16 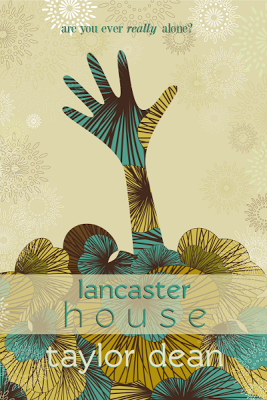 Today's topic: The Doctor: An excerpt from Lancaster House.


If you missed yesterday’s post which included an excerpt from The Middle Aisle using slang from the nineteen-twenties, click here.

Doctor Wade Channing is the psychiatrist in the Lancaster House series. In writing him, I found myself debating his personality traits. Should he by the stereotypical ‘evil psychiatrist?’

Should he fall I love with Zoe?

Nah, too unprofessional and the reader will lose all faith in him.

Should he be a main character or just someone Zoe rehearses her story to?

In the end, Doctor Wade Channing becomes the kind, benevolent doctor who truly wants Zoe to see the error in her ways. He really wants to help her realize her delusions. He loves her, yes, but he loves her as his patient, not in a weird-creepy way. Doctor Channing very much becomes a main character in that he is the person Zoe fears, the person who has the power to take her life away from her and keep her from Andre. That reason alone makes him the enemy. I consulted my psychology-degreed daughter as I wrote Doctor Channing. How would he act in this situation? What would he say? She helped me immensely. Otherwise I wouldn’t have had a clue as to how to write him!

That being said, here’s one of my favorite exchanges between Doctor Channing and Zoe:

Doctor Channing rubbed his forehead in pain, his legs propped up on his desk. He let out his breath as it whistled through the cracks between his teeth. He studied her contemplatively. So far, he’d been completely unsuccessful in breaking down Zoe’s belief in her story. He couldn’t even break off a chink in her armor and he was frustrated. After sitting in silence for several minutes, Zoe finally asked, “Don’t you have anything to say?”

“Do you wish you could have saved your father, Zoe?”

“What kind of a question is that?”

“Is is true that he died in your arms?”

Zoe visibly paled. “Yes,” she said almost inaudibly. “He had a heart attack right before my very eyes. I held him while awaiting the ambulance. He was gone before they even arrived. I’ve never felt so powerless in my life. I suddenly knew nothing was in my control . . . nothing.”

“So you created an immortal being, one that feels no pain, can never die, and never leave you. He awaits you forever. All you have to do is go home and there he is, waiting for you. It’s all very opportune, isn’t it, Zoe?”

Zoe said nothing. Her eyes lowered and she stared at the ground.

“Stop it.” Zoe paled and her hands shook in her lap.

“A man who would never dream of hurting you in any way, a man who loves to simply look upon you day after day, a man who needs nothing as he doesn’t need to eat or even sleep, a man who spontaneously gives you piggyback rides, a man who puts you to sleep when life gets rough . . .” His words were thick with disdain.

“Shut up.” She was becoming defensive, tense.

He was only just warming up. It was time for her to face reality. “A man who can never cheat on you, a man who can never leave the house, a man who kills for your honor, a man who can read your mind, a man filled with tender emotions, a man who loves to simply touch you and nothing more, a man who no other woman is after as you are the only one who can see him—it’s all very convenient, wouldn’t you say, Zoe? What woman wouldn’t fall in love with such a paragon of a man?”

The only way he was aware of her reaction was the pronounced rise and fall of her chest.

“You know nothing,” she said through gritted teeth.

“I’d say I hit the nail on the proverbial head. Andre is a combination of your perfect father and what you wished Connor was, all rolled into one faultless, handsome little package. Only everything is in your control. You say when, where, and how. You say sit, stay, and roll over. Did you pat Andre on the head and say, ‘good boy.’ Did you give him a treat for good behavior?”

Zoe shot to her feet and screamed at him, “Shut up!” The orderly was in the room immediately and held a writhing Zoe in his strong arms. She struggled frantically. “You know nothing about love, you cocky, little jerk!” And then to the orderly, “Let go of me!” She turned on Wade again, “Go ahead, sit behind your safe little desk like the coward you are. Who do you think you are? You have no right to judge me! None!”

The orderly took her away and as they walked down the hallway, her screams could be heard throughout the hospital.

Wade smiled, pleased with her reaction. He’d hit a nerve. She could rail at him all day, as long as it got her thinking about her delusions and facing the cold, hard truth.

He wouldn’t give her something to help her sleep tonight. She needed to dwell on it, sulk over it—brood in it.

Thanks for following along on the Behind the Story series about Lancaster House and The Middle Aisle.

I hope you enjoy Zoe and Andre’s story as much as I enjoyed writing it!

This was originally posted as part of a book tour at FUONLYKNEW.
Posted by Taylor Dean at 7:00 AM

Email ThisBlogThis!Share to TwitterShare to FacebookShare to Pinterest
Labels: Behind the Story, lancaster house