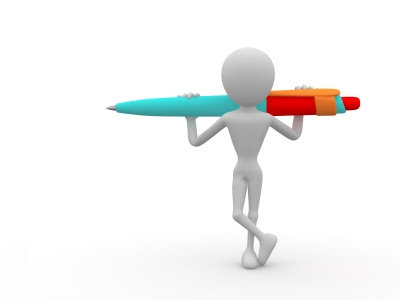 I really enjoyed this blurb on self-publishing. The author makes some excellent points and I very much appreciate her thoughts. It's written by Jessica Bell and is taken from an author interview on a blog called The Reading Cat. To see the entire interview, go here.

Is self-publishing the only solution?

No, self-publishing is not the only solution, but nowadays, if you’re not writing about vampires, werewolves, or paranormal activity, it’s really hard to get that big break because the Big 6 publishers are only looking for what is going to make them money. And what makes money nowadays is not the modern day F. Scott Fitzgerald. It’s logical. It’s business. But it’s not the be-all-and-end-all.
Publishing has changed so much over the past few years, and I think it’s time people learn to embrace it, just like they had to embrace the digital revolution of the music industry. Independent artists are everywhere now. What people have to understand is, authors don’t self publish because they’re too lazy to go through the slog of submitting queries to agents, or editing their manuscripts properly, or simply out of impatience to see their work in print. Self-published authors are, in fact, some of the most motivated and tough-skinned authors I’ve ever known.

A lot of them, including me, have huge stories behind the reason they self publish. Stories that most people will never know about, because when someone releases a book, it’s not like you can say on the blurb, “This book is self-published, but I actually once had an agent and a book deal with a Big 6 publisher, but decided to go the indie route because I felt it was better for me, both professionally and emotionally.”

“This book is self-published because I spent years and years querying it, was told that the writing was great, but no agent believed they could sell it. So … here’s my book. I don’t need to sell a million copies, a few hundred is enough for me. Plus it’s been through so many edits after all the agent feedback, I doubt you’ll be able to find one thing wrong with it.”

“This book is self-published, but actually it was once traditionally published by a small press. Unfortunately they liquidated and I had to get it back on the market as quickly as possible before all my marketing efforts went to waste.”

So … I urge everyone who is skeptical about self-published works, to think about the story behind it, and the effort it’s taken to get it out there, and the heartache the writer has been through to finally come to the decision to do it on their own. Self-publishing is no longer for the impatient … it’s for authors who have done everything they can before finally deciding to take their fate into their own hands.

To learn more about Jessica Bell, go to her website: http://thealliterativeallomorph.blogspot.com/
Posted by Taylor Dean at 7:00 AM

Email ThisBlogThis!Share to TwitterShare to FacebookShare to Pinterest
Labels: self-publishing