BEHIND THE STORY OF I HAVE PEOPLE # 8

The main character in I Have People, Holly, grew up in the foster care program. Hence, she doesn’t have any family to speak of. Instead the ‘people’ in her life are found through blossoming friendships.

Enter Angela, the BFF we all want and need. 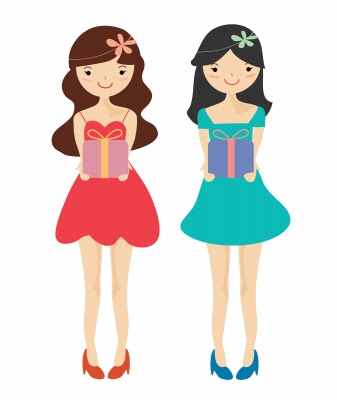 
Angela was fun to write. She is funny, blunt, loyal, and loves her ‘girl time.’ (Don’t we all!) ‘Girl time’ is the time when Holly and Angela can giggle and gossip and commiserate with each other about life, love, and men. In general, during ‘girl time,’ they basically revert back to their grade school days—and you know what? It’s fun. Here’s an excerpt where they meet together for the first time:

At lunch, Holly quickly found her new friend, Angela, waiting for her in the cafeteria.
“Hi, Holly.”
“Hi, Angela.”
“How’s the first day going?”
“Actually it’s going really well. I really like my new boss. He’s easy going and just plain pleasant to be around.”
“Really? Which one do you work for?”
“Gabriel Sinclair.”
“Which one is he?”
“He just walked in. The blond one.”
Angela glanced at Mr. Sinclair. “Seriously? You work for Mr. Movie Star himself?”
“Mr. Movie Star?”
“That’s our nickname for him. With his perfect good looks, he could be a leading man.”
“Hmmmm . . .”
“Don’t tell me you didn’t notice?”
“Oh no, I noticed. You’d have to be dead not to. And even then, I’d choose to haunt him.”
Angela laughed out loud. “Lucky you. What’s he like?”
“To be honest, he’s one of the nicest men I’ve ever met. Really decent. But I’ve only known him for a couple of days. My opinion might change after a few weeks.” Maybe she had learned something from her time with Cal.
“I hope not. I hope he is what he seems,” Angela commented, her eyes on Mr. Sinclair as he took a seat across the cafeteria. “I can’t look, I’m a married woman.”
“You’re married?”
“Yes. We’ve been married for four years. His name is Shane Nickerson and he’s a sweetheart. You?”
“Yes, I’m married. His name is Cal Bennet. We’re newlyweds actually. Two months. He’s a physical therapist, he owns a charming little house that was left to him by his parents, he’s tall with brown hair and looks like he spends his days working out in a gym.”
“He sounds fantastic. I like bulging muscles.”
They both laughed, but all Holly could think was, I thought I liked bulging muscles, but when their strength is used to hurt you, they’re not so nice.
“You’re really brand new at this marriage thing. How’s it going?”
“Fine,” she lied. Then realizing she should be more enthusiastic she added, “Really great.”
“Good,” Angela responded. But the way in which she studied her face for several tense moments afterwards made Holly think she knew and perceived everything. She had to stop feeling so paranoid.
“We’re trying to have a baby,” Angela announced.
“You are? That’s great.”
“Actually, we’ve been trying for the entire four years and it hasn’t happened yet. It’s really discouraging.”
“I’m sorry.”
“Me too. But I’m not giving up hope. At least it’s fun trying,” Angela said with a raise of her eyebrows.
“It is?” Holly blurted before thinking. She couldn’t imagine anyone enjoying lovemaking.
Angela looked at her strangely. “It’s the best part of marriage. Are you kidding?”
“Oh, yeah. You’re right, it’s great. Of course it is.” An awkward silence ensued. Angela cleared her throat uncomfortably. “Tell me about Shane,” Holly coaxed.
“Oh, you know, he’s practically a girl. He talks non-stop, cries at movies, likes to sunbathe and shop with me. Once he even asked me if his butt looked big in his favorite jeans. What can I say? I love him.”
There was a light in Angela’s eyes when she spoke of Shane. Holly noticed it immediately. She really loves her husband, Holly thought with envy in her heart. I wish I felt that way. I thought I did in the beginning.
“I can tell you’re really happy. I envy you.”
“Oh, c’mon, you’re a newlywed, surely you’re still in the, ‘I worship this man’ stage.”
The ‘I worship this man’ stage was over the minute Cal angrily pushed her against the wall. Holly looked down at her hands. Her sleeve had ridden up to reveal the fading bruise on her wrist. She quickly tugged at her sleeve to hide the ugly sight. “Yeah. It’s wonderful.” She looked up to find Angela studying her with furrowed eyebrows.
“So, tell me more about you, Holly Bennet,” she said brightly. “I like you. I can tell we’re going to be great friends.”
Holly felt it too. They spent the rest of their lunch hour talking non-stop about their lives, their hopes, and their dreams, flitting from one subject to another with ease. She felt an immediate connection to Angela. They hit it off famously and Holly knew she’d just made a good friend. Perhaps the first good friend she’d ever had in her life.
“I’ve enjoyed this today. Wanna meet for lunch tomorrow too?” Angela asked.
“I’d love to,” Holly responded.
“What are you doing for Memorial Day?”
Holly shrugged. “I don’t know. Cal said he needed to catch up on paperwork.”
“Oh, so what will you do?”
“I don’t know. Clean the house.” Holly shrugged.
“What do your people do on holidays?”
“My people?”
“Yeah, you know, your family, your friends—your people. We always have a huge barbeque.”
“Sounds fun.”
“Don’t you have any people?”
No, she didn’t. “Of course I have people. I have Cal . . .” she trailed off.
“Why don’t you come to our barbeque?”
“I don’t want to impose.”
“You won’t. We’d love to have you.”
“All right. Thanks, Angela.”
“Hope your first day continues to be good.”
“I hope so too. You know what Mr. Sinclair did last night?”
“What?”
“He walked me out to the parking garage. Isn’t that sweet?”
“Are you serious?”
“Yes. He even held out my coat for me while I put it on, a sleeve at a time.”
Angela was suitably impressed. “Chivalry lives. He must have some awful flaw, like he picks his nose, or farts all the time. He sounds too good to be true.”
They both giggled like children. “Guess I’ll find out soon. Back to work. See you tomorrow, Angela.”

Do you have an Angela in your life? Tell me about her!
Posted by Taylor Dean at 6:00 AM