BEHIND THE STORY OF I HAVE PEOPLE # 11

My favorite character in I Have People

I Have People deals with the damaging effects of domestic abuse. But it is also a love story. It’s about finding a good man and recovering from past hurts. The main character, Holly, discovers that she does have ‘people’ in her life who are willing to help her out of a bad situation—she just has to let them. 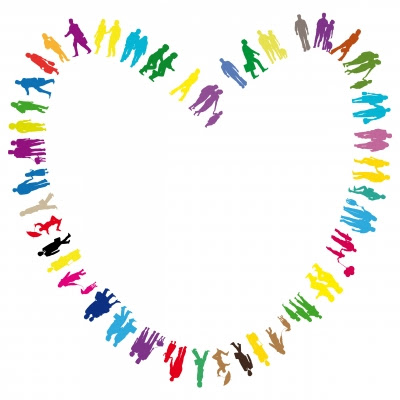 
My favorite character in I Have People is Holly’s best friend, Angela. She’s the BFF we all want and need. If Holly needs anything, she’s there. Angela is witty and blunt, but she’s also loyal and trustworthy. I love the below excerpt. It’s a funny scene where Angela and Holly are talking about Holly’s boss—who just happens to be the hero of the story! In a book that deals with some pretty intense scenes, a lighthearted scene was desperately needed. Enjoy!


That afternoon, Angela asked after her health as soon as she sat down to lunch.
“Holly, are you well? I was worried about you when you didn’t show up on Friday or at our Memorial Day barbeque. Mr. Sinclair told me he made you take the day off.”
“I fell asleep on his couch, Angela. Can you believe it? I’m so embarrassed.”
“How’d that happen?”
“I had a dizzy spell. He made me lie down. I planned to only rest my eyes. The next thing I knew it was evening.”
“Where was Mr. Sinclair?”
“At his desk, working, waiting for me to wake up.”
Angela was speechless. “You’re kidding?”
“Nope. Then he drove me home. He didn’t think I should drive myself.”
“He drove you home?”
“Yep. And he bought me dinner so I wouldn’t have to cook.”
“He bought you dinner?”
“Quit repeating everything I say.”
“Sorry. Did anything else happen?”
“What do you mean, anything else?”
“You know.”
“No. I’m a married woman and he’s a perfect gentleman.”
“Yeah, right.”
“He is, Angela. I’m telling you, I’ve never met anyone like him. He sent me flowers yesterday. To my house.”
“He sent you flowers?”
“You’re doing it again.”
“Sorry. I’m telling you, he likes you, Hol. It’s so obvious.”
“He has a vested interest in my health. He needs me to do my job. That’s why he likes me. You know what? I like him too. You know what he did today?”
“What?”
“He helped an employee who has a sick wife and two kids. He arranged for him to be on an extended leave of absence—paid and everything.”
“Did he really?”
“Yes. He uses his power to help others. I like that about him.”
“I’ll just bet you do. I still think he sounds too good to be true. Don’t look now, he’s coming this way.”
“What?”
“He’s coming to talk to you.”
“No he isn’t. Stop teasing me.”
“Hello, Holly.” Mr. Sinclair stood next to her table. “Are you enjoying your lunch?” His voice was smooth, welcoming.
Holly looked down at her unappetizing half-eaten bologna and cheese sandwich, and her untouched apple. “Yes, thank you very much,” she said as if he’d just told her she was beautiful.
“Bologna and cheese, my favorite.” He turned to Angela. “And you are Angela, correct?”
“That’s me,” Angela told him with a smile.
“Nice to meet you. Holly, I just wanted to let you know that I’m going out and I might be a little late after lunch today. Sorry for interrupting, I’ll let you get back to it. See you in a bit, Holly.”
He sauntered away, one hand in his pocket, and both girls watched him in awe.
“Is my face red?” Holly asked.
“Yep.”
“Really?”
“Yep.”
“Great.”
“Told you he likes you.”
“Ange, shut up.”
“He smells good.”
“I know, doesn’t he?”
“Nice butt, too.”
“Angela! I can’t believe you said that.”
“Listen sweetie, I know a lot about men. I grew up with seven brothers.”
“What was that like?”
“I was the baby. I was either being tortured or pampered all my life. No in between.”
“Wow. You practically have your own army. If you ever needed help—I mean, I pity the man who ever tried to hurt you.”
Angela paused and looked at her strangely. “Do you need help, Holly?”
“What? No, of course not. I’m just saying it would be great to have seven brothers to count on in a time of crisis.”
“Yes, I suppose it is. Do you have any family at all, Holly?”
Holly confided in Angela then. She’d never told anyone just how miserable foster homes were. But it all poured out of her—the entire sordid, sob story that was her pitiful life. Angela listened raptly.
“Well, you have me now, Hol. Remember that, okay?”
“Thanks, Ange. You’re one of the best friends I’ve ever had.”