BEHIND THE STORY OF I HAVE PEOPLE #12

The Prologue to I Have People

When I write, I like to catch the attention of the reader immediately. Hopefully the prologue to I Have People does just that. The prologue begs several questions:

“What happened between HIM and Holly?”

“Why is there a restraining order?”

“Who is the HE who should be there by now?”

“What is it that the perpetrator ‘never meant’ to do?” 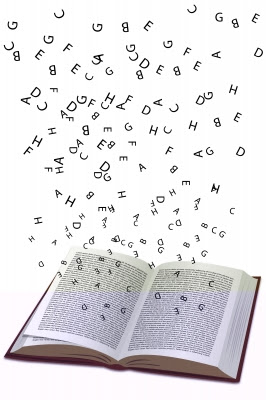 
One short prologue = five questions--and I’m sure you could come up with even more! With any luck, it’s exactly what’s needed to reach out and grasp the reader’s attention! The greatest compliment an author can receive is when a reader says, ‘I couldn’t put the book down.” Love that!

Below is the prologue to I Have People. Tell me what you think--does it whet your appetite and make you want to read more? Love to hear from readers!

A knock on the door startled Holly. He was early. She smiled to herself, then ran to the door as the knocking became insistent. Maybe he couldn’t wait to see her, maybe he was just as excited about tonight as she was. Maybe. She opened the door eagerly, a mid-October chill meeting her skin.
Her smile died on her face. It wasn’t who she was expecting. In her excitement, she’d let her guard down.
“Hello, Holly Noel.”
“What are you doing here?”
“Aw, c’mon, I just want to see you, baby.”
“It’s over and you know it. Please leave.” Fear trickled down her spine. How far would he go this time? Holly began to slam the door shut, to close him out of her life, to remove him from sight, to push him into non-existence. If only it could be so. The edge of the door bounced against his foot and slammed backwards, hitting her directly in the face. She felt her lip swell as blood trickled down her chin.
Oddly, she thought about the mess it would make on the carpet.
“See what you made me do? If you wouldn’t be so unreasonable, these things wouldn’t happen.”
“Please leave. You’re violating the restraining order. I’ll call the police.”
“You and I both know you won’t do that. You love me, I know you do.” He pushed his way into the apartment. She didn’t follow. “I don’t want to fight with you, baby. Why do you always have to make things difficult?”
Holly knew she was in trouble. She’d known it since the moment she’d stupidly opened the door without checking to see who it was. It wasn’t a luxury she could afford. Ever.
“Don’t do this, it will only make things worse. If you leave now, I won’t press charges. Just leave, peacefully and quietly . . . please,” she begged.
His lips formed a wicked leer as he scoffed. “You’ll always be mine, Holly. Why can’t you see that?”
Holly stepped outside the apartment door and he followed, standing too close. If she made a mad dash for the stairs, could she escape him? She wasn’t sure, but she doubted it.
“Stay back! It’s over. I want nothing to do with you. Just let it go.” Where is he? He should be here by now.
The expression on his face turned stricken. “How can you say that? After all we meant to each other. I know you don’t mean it.”
“I mean it. I hate you. I want you out of my life,” she told him with steely determination.
“Don’t say that.”
“I hate you! Leave me alone!” she said, this time louder, hoping to attract attention.
He walked closer and shoved her, making her stumble. “Stop it,” she warned. They were making a scene on the landing of her second story apartment and she knew he was very aware of the neighbors opening their doors and peeking out with curiosity.
A mask of twisted rage contorted his features. She knew that look all too well.
“I can’t believe you would say that,” he said through gritted teeth, his face red with anger.
He shoved her again, but she maintained her footing. “It’s over,” she reiterated bravely. “Leave me alone.”
Another shove, this time hard. Her back hit the railing with surprising force. Holly knew in that moment he’d finally done it.
He’d finally killed her.
She felt the railing give way and knew she was going down and there was nothing to stop her fall.  Even though a blood curdling scream rent the air, even though her hands flailed wildly in an attempt to grab hold of anything that might save her from this outcome, a strange feeling of peace washed over her. In that moment, time stood still. She seemed to fall in slow motion as her life passed before her eyes.
This wasn’t her fate. It couldn’t be. Where is he?
“Holly!” he screamed when he realized what was happening. His remorse over his actions always came too late. The damage was done. And this time it was irreparable. Really, it always had been. He attempted to catch her, desperately groping the air for any piece of her that might stop her descent.
It was too late.
He didn’t mean to do it.
He never meant to do it.