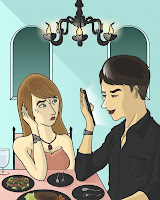 Image courtesy of [holohololand] / FreeDigitalPhotos.net
I liked her caption entitled:

Due to illness, Wordless Wednesday will be closed until further notice.

ROMANCE IS IN THE AIR--SHOWCASING AUTHOR TAYLOR DEAN

I'm With You by Taylor Dean

When the doctors inform Chloe Brennan that her pregnancy is “incompatible with life,” her subsequent choices will change her path forever.

She becomes one of the quiet, unsung heroes of this world, incredibly strong, yet somehow wrongly looked upon as damaged.

Three people will pierce Chloe’s existence: her husband, a stranger, and a precious baby.

I’m With You is a novel about selfless love and the sacredness of life.

Please note: While this book is a romance novel, it also deals with the sensitive issue of baby loss grief. The emotions are real, and sometimes dark. If you are sensitive to this issue, this may not be the book for you.

“I’m With You” is a beautiful story that centers on one woman's tragic, heart-wrenching loss and the healing brought by unselfish love, giving love, in-sickness-and-in-health-love. It is sweeter, nobler, stronger — and even more passionate than the beginnings of love we so often see. Forever love.
-Julie in Portland, Oregon, Amazon Reviewer

This book knocked my socks off. It was amazing and I will definitely read it again and again. It is "that" good.
-Amazon Reviewer

This book. Oh my gosh. I could NOT put it down. I sobbed like a baby through most of it and felt my heart breaking for my own loved ones who have suffered such a loss. It was written beautifully with great sensitivity and I LOVED it.
-Amazon Reviewer

Excerpt from I'm With You:

“I’m sorry for what I said to you,” he reiterated.

She shrugged, trying not to show that she hurt so much she could barely breathe. No one noticed inner pain. A broken leg, a broken arm, yes. Outward signs of pain were obvious. Inner turmoil, not so much. And she was broken, just like a leg or an arm, only worse. She was bleeding, gushing from a huge, nasty, open gaping wound.
But no one knew it.

With his unwavering gaze, however, the husband seemed to sense it, maybe even see it. And it made her uncomfortable.

“I-I thought maybe we could have breakfast together or something and, I don’t know, commiserate. Misery loves company and all that. What do ya say? Can I take you out to breakfast? Let me make up for my rash words.”

Goodness sake, the only one unable to forgive him for his impetuous words was himself. The last thing Chloe wanted to do was spend time alone with Mr. Volcano. He’d obviously lost his temper on that fateful day their spouses had run off with each other, and had come looking for a fight. That meant he was probably easily agitated, maybe even volatile. Unstable. When the signs are there, you can’t ignore them. Right?

Yet, somehow, she didn’t feel as though he was a threat. As a matter of fact, he seemed quite courteous.

She simply had no way of knowing if he was sincere or a loon. Her uncertainty concerning him made her respond accordingly as she stammered, “Oh. Thank you, but no. I have so much to do today. So, so much. I’m not even sure I can get it all done in one day. Errands and more errands.” She paused. “Lots of errands.” She sounded like a bumbling idiot and a liar—the lady doth protest too much. She waved in the general direction of her car as she slowly backed away from him. “So much to do. I’m swamped. I have to go.”

“Your country's 500th anniversary to plan, your wedding to arrange, your wife to murder and Guilder to frame for it. You are swamped,” he mumbled.

“Did you just quote The Princess Bride?”

“No, movie quotes in general.”

For a moment, she studied him curiously, her interest piqued. Any man who quoted The Princess Bride couldn’t be that bad. Chloe felt herself warm up to him, but he was a total stranger to her and she wasn’t about to jump in his jeep and go for a ride with him just because he knew about true love.

“Thanks for apologizing. I appreciate it,” she said. He’d gone to great lengths to make up for his unkind words and she was impressed with his tenacity. He felt badly, that much was obvious. It was, perhaps, indicative of his true nature. However, she didn’t need to dig any deeper and learn more about this man’s apparent compassionate side. It was enough already. “I have to go,” she blurted.

“All right,” he answered amiably, a hint of both disappointment and acceptance in his tone.

She turned to unlock her door, dropped her keys with shaking hands, and bent to pick them up. Chloe took a deep cleansing breath, trying to calm herself down. By the way she was acting you’d think a handsome stranger had never once tried to speak to her in her entire life, for heaven’s sake. It wasn’t as if he was trying to pick up on her, he was simply extending a hand of friendship. That’s all.

She needed a friend. Desperately. This man was offering. It would be nice to talk with someone. He’d understand. He was experiencing similar emotions. What the heck? She had nothing to lose. Absolutely nothing.

But he was a stranger, she argued with herself. It’s not safe. Maybe he was some kind of psycho or pervert.

I have nothing to lose.

Chloe turned just in time to see the husband taking his seat in his jeep. Not exactly the behavior of someone out to commit nefarious activities.

Surprised at her outburst, he slowly stood, one hand resting on the door of the jeep. He looked like he could be in a commercial promoting outdoor life. Yet, his expression was slightly intense as he looked upon her.

“I don’t really have anything to do. As a matter of fact, I have nothing to do and nowhere to go.”

He nodded, politely not commenting on her lack of a life. “How about breakfast?”

A smile spread across his face, revealing perfect, white teeth. Even if he was a psycho, at least he’d be easy on the eyes.

So was Ted Bundy.

Chloe took a few steps toward him.

“So what were you going to do today? If you don’t mind my asking,” he queried.

It was time for payback. “Go buy a wrench.”

“Why? Is something broken?” he asked, seemingly concerned. Would he consider it his responsibility to help her?

“No. Just because we don’t have one.”

The husband threw his head back and laughed out loud, surprising her. “I know that one. Beaches.”

Surprising. “How do you know that? I mean, these aren’t exactly guy movies.”

“Say no more. That explains everything.”

He extended his hand. “I’m Jack. Jack Alexander, by the way. Guess it’s time we introduce ourselves.”

He shrugged. “Had it all my life.”

Jack smiled broadly and her worries washed away.

“Shall we go?” he said, his hand motioning toward his jeep as if it were a grand carriage.

It rather felt like a portal into a new world.

Taylor Dean lives in Texas and is the mother of four grown children. Upon finding herself with an empty nest, she began to write the stories that were always wandering around in her head, quickly finding she had a passion for writing, specifically romance. Whether it’s paranormal, contemporary, or suspense—you’ll find all sub-genres of clean romance in her line-up.

Ends 2/28/18 Open only to those who can legally enter, receive and use an Amazon.com Gift Code or Paypal Cash. Winning Entry will be verified prior to prize being awarded. No purchase necessary. You must be 18 or older to enter or have your parent enter for you. The winner will be chosen by rafflecopter and announced here as well as emailed and will have 48 hours to respond or a new winner will be chosen. This giveaway is in no way associated with Facebook, Twitter, Rafflecopter or any other entity unless otherwise specified. The number of eligible entries received determines the odds of winning. Giveaway was organized by Kathy from I Am A Reader and sponsored by the author. VOID WHERE PROHIBITED BY LAW.

a Rafflecopter giveaway
Posted by Taylor Dean at 6:00 AM 4 comments